This has been a long time coming, because my original commentary was a complete mess of nonsense. We unabashedly adore it and praise nearly every aspect. This is one in my pantheon of nearly perfect movies.
END_OF_DOCUMENT_TOKEN_TO_BE_REPLACED 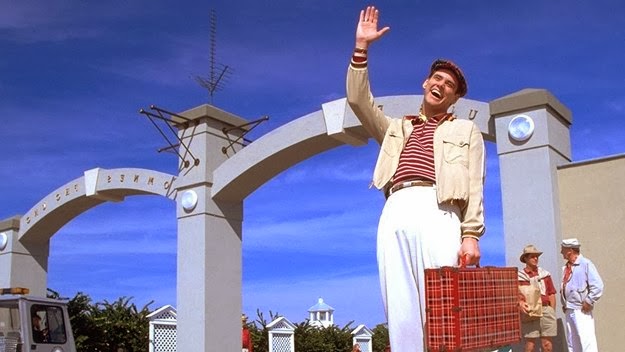 Join Mehul and me as we explore the vastness of space and discover it full of character actors! We contemplate the nature of the universe, discuss alien life and intelligence, talk about the film’s influence on our culture and movies, and generally have a very good time with this slow, contemplative, visual feast of a film.

Altho we discuss what we think could have made it better, and altho I don’t say it, I consider this to be a nearly perfect film. But is it entertaining…? Eeeee, maybe not as much as it could be.

We’re watching the DVD and streaming versions and pretty much stay in sync. Start after the MGM logo on the countdown.

I’m joined by Mike from Commentary Track Stars and Great Shot Kid and Mehul from the Internet! They love this movie, which more than makes up for the fact I think it’s flabby and stilted until shit gets real and a little movie star named Ice Berg shows up. We compare it to Cameron’s other movies, other water and ship movies, other romances movies, Stanley Kubrick movies, and Back to the Future. We praise the acting, the set design, the concept of limitations, and heroes of the actual, for-real tragedy that Cameron tacked an Aladdin-style street-rat-and-the-princess romance onto. We complain about the acting, the early CGI, the ham-handed dialog, and the nudity (Mike & Mehul; not me, I assure you).

We’re watching the disk and Netflix and iTunes versions and stay in sync. Start after the logos on the countdown.

Pop in your copy of this all-American (and some British) classic while Jimmy and I gush over just about every aspect of it. We compare it to Citizen Kane and Fellini’s 8 1/2 and Bicycle Thieves (not in so many words, but basically) and all other great films as well as several other things. It’s a road movie, a coming-of-age movie, a hero’s-journey movie, and a falling-in-love-with-a -pig movie. I forget to mention Italian commedia dell’arte, but it’s that too. It’s all things to all people.

We keep it clean and cordial. I do the world’s greatest impression of Kermit the Frog. We evaluate Doc Hopper’s business case. We reveal the shocking origin of Telly Monster. We have a falling out over mixing Sesame Street with Muppet Show characters and whether it’s okay to fall in love with a chicken. But it’s okay; we makes up over our shared hatred of Elmo. And we answer the musical question “why are there so many songs about rainbows?” (and you may not like the answer).

We’re watching the Blu-ray and stay in sync. Start at on the countdown.

Join me as I’m again joined by Jimmy B, this time for what is probably Eddie Murphy’s greatest film, and one that I regard as nearly perfect. We compare it to 48 Hrs, Cobra, and Midnight Run. We discuss Eddie Murphy’s career at some length. We impugn the LAPD. And we more-or-less fix Hollywood.
.

WARNING: This is explicit again, but only just, since we just quote some dialog.

We’re watching the Blu-ray. Start after the Paramount logo, on the countdown. Note that we talk for about 10 minutes beforehand so we don’t chat over the top of the amazing opening sequence.

Join me and Rob Caravaggio of Rob Caravaggio Commentaries as we tackle one of the great films of the western genre and indeed of all time. We compare the stories of each of the three characters and the careers of the men who play them. We admit that the film is a bit long and try to decide what to cut. We contemplate westerns, Eli Wallach, circles, stray dogs, cripples, the film industry in the mid-1960s, war films, and actual wars. And we try to figure out what “good” really means in this context.

We compare the film to the previous two films in the trilogy, Tarantino’s work, Kurosawa’s work, and film noir. We recast the film with other 1960s actors. I say no Steve McQueen movie is on my top shelf but also that I love The Magnificent Seven, which is impossible obviously; TM7 is terrific. We praise the music and titles, the cinematography, the set design–pretty much everything. I call the film nearly perfect. Rob gives away the magic of podcasting (we sometimes have discussions off-mike). Bonus: I get the obsessive-compulsive gun stuff out of the way early.

NOTE: Rob notes that he mentioned a “Winchester ’76” where he meant to say “Winchester ’73”, same as the movie. However, there was in fact a rifle known as the Winchester ’76, so since I’m the one who made the connection to the movie, I’m really at fault.

Also, technically this is explicit, but just barely. (And that really is Rob’s fault.)

Also, also: it’s been pointed out to me that Colt did offer cartridge conversion kits by the time the movie is set, so Blondie’s gun isn’t really an anachronism, altho it does switch from percussion cap to cartridge depending on if he needs to fire it in the scene.

We’re watching the American release of the extended cut. Start the film after the MGM logo on the countdown.